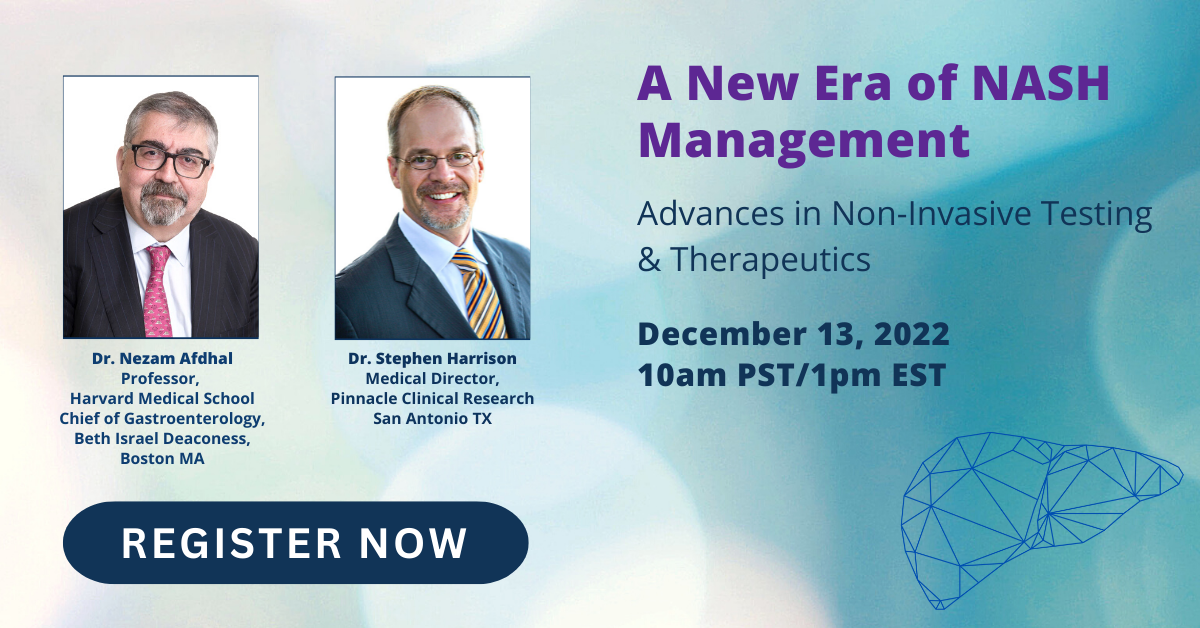 Register to Attend the Webinar

Join Key Opinion Leaders, Dr. Nezam Afdhal and Dr. Stephen Harrison in a live webinar on Tuesday, December 13th (10 am PST/1 pm EST) as they discuss recent advancements in NITs and NASH therapeutics and how these developments could change the landscape of the disease. Moderated by Michael Betel, President and Founder of the Fatty Liver Alliance, an organization that provides awareness, education, research, and advocacy around fatty liver disease. www.liver.ca

Key Points to be covered: 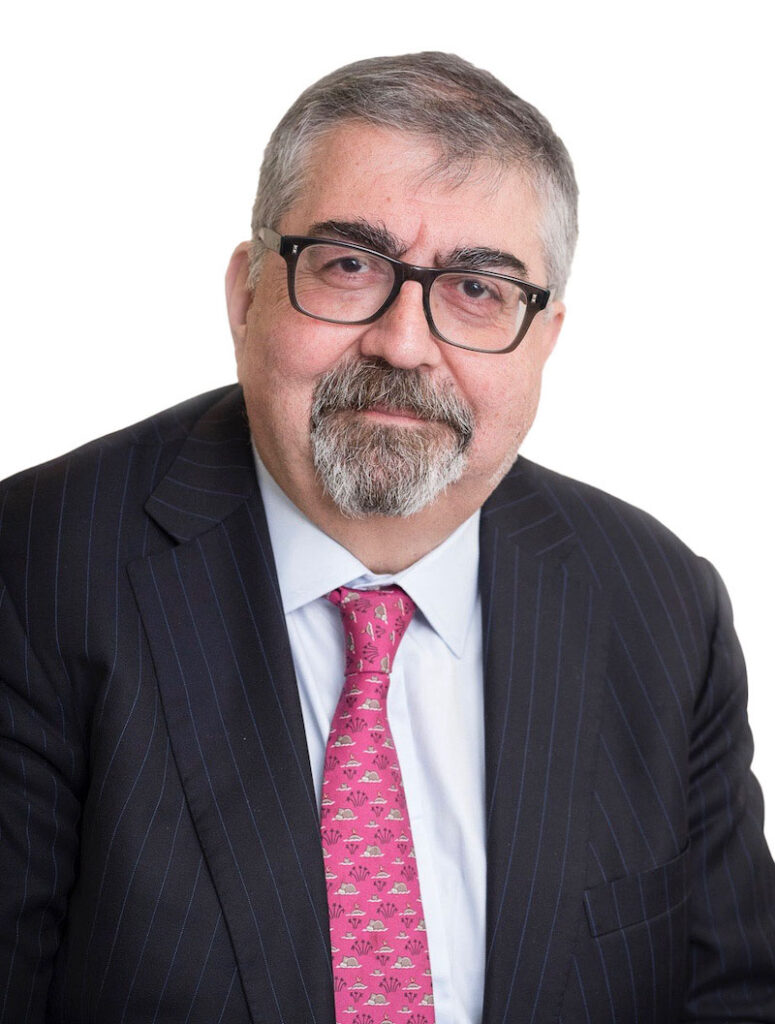 Nezam Afdhal, MD, DSc is the Chief of the Division of Gastroenterology at Beth Israel Deaconess Medical Center in Boston, Massachusetts. He is also a Professor of Medicine at Harvard Medical School. Dr. Afdhal received his MD degree in 1981 from the Royal College of Surgeons in Ireland and did fellowship training at University College Dublin and at Boston University School of Medicine. Dr. Afdhal’s clinical expertise focuses on the management of the complications of liver disease, including cirrhosis and portal hypertension. His research has been on liver fibrosis, hepatitis B and C. Dr. Afdhal has served on multiple State, National and International Advisory Boards for liver disease. He has served on the Editorial Board and as a reviewer for multiple journals in Gastroenterology and Liver Diseases, and himself has published more than 250 original manuscripts, reviews and editorials in journals including the New England Journal of Medicine, Gastroenterology, Hepatology, Gut, and Journal of Hepatology, as well as 40 book chapters and 2 books. He has received numerous awards, including the American Liver Foundation Award for Excellence, a Fullbright Scholarship and an Honorary Doctor of Science from the Royal College of Surgeons in Ireland. 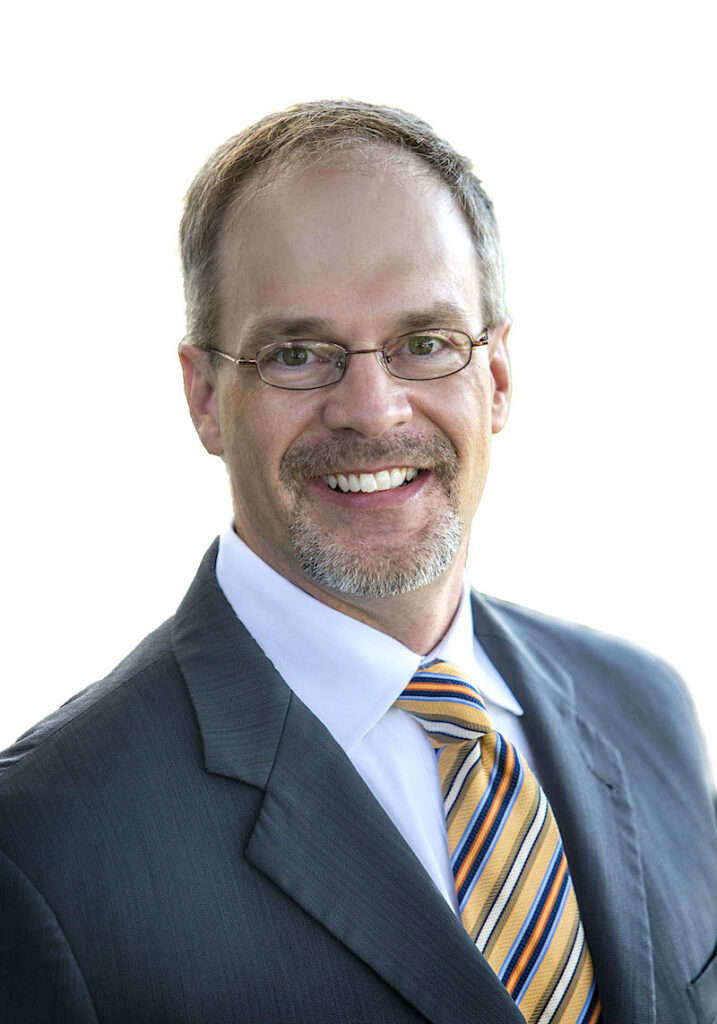 Stephen Harrison, MD earned his medical degree from the University of Mississippi School of Medicine. He completed his Internal Medicine residency and Gastroenterology fellowship at Brooke Army Medical Center and a 4-year advanced liver disease fellowship at Saint Louis University. He is board certified in both Internal Medicine and Gastroenterology. Dr. Harrison is currently a visiting professor of Hepatology and Alimentary Pharmacology and Therapeutics. He is internationally known for his studies in non-alcoholic fatty liver disease with more than 250 peer-reviewed publications and an H-Index of 81. Dr. Harrison currently serves as the Chairman of Summit Clinical Research and of Pinnacle Clinical Research, LLC. 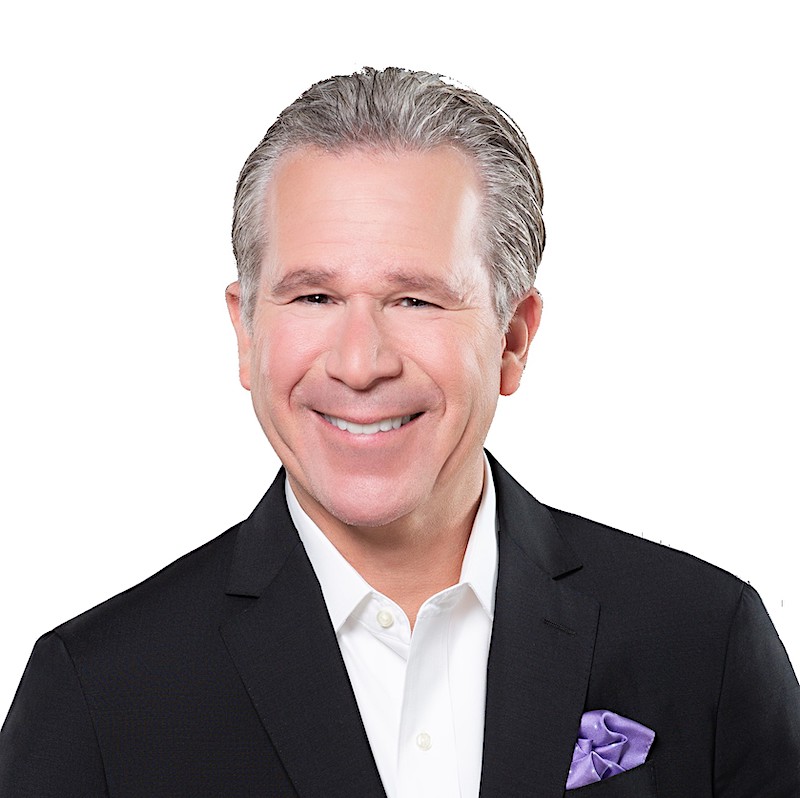 Michael Betel is the President and Founder of the Fatty Liver Alliance, a charity focused on the early detection, prevention and treatment of NAFLD and NASH. He has been a leader in the area of liver disease, in both commercial and not-for-profit organizations for over 25 years, as a Director at Hoffmann-La Roche and Canadian Blood Services, and as a sales and marketing leader at Schering-Plough. He was a Director on the board of national liver-focused health charity for 9 years. He is currently the Chair of the Global Liver Institute’s Liver Action Network, which includes 12 community liver advocacy organizations.